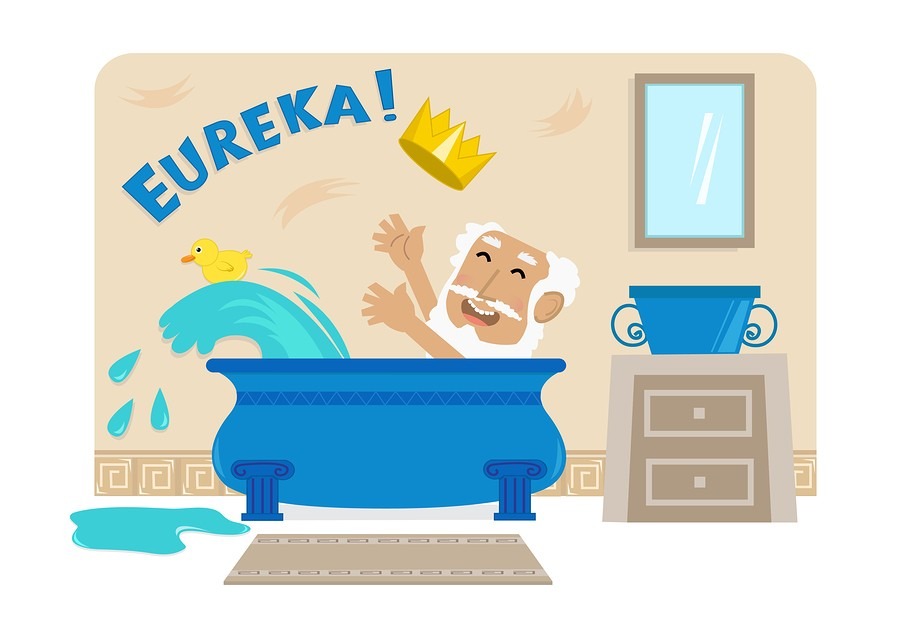 Once upon a time there was a king who had lots of gold. So, he took a big chunk of gold and asked one of the finest goldsmith to make a beautiful crown for him.

After few days the gold smith came with the crown, the king was very happy with the design of the crown. But then a doubt crossed his mind, he wanted to check whether the goldsmith has actually utilized all the 2 Kg chunk of gold or he has not used some part of the gold for the crown. By simply weighing it down was not a workable option as other mixed metal with gold would also shown the same weight of 2 Kg.

There use to be a very wise man named Archimedes in his kingdom, so he called upon him and asked him to find the truth for him.

Archimedes thought long when he went home but could not find the solution. To relax he planned for a bath and filled the tub with water up to the brim but as soon as he stepped into it some water fell out. This rang a bell in his head as he shouted “Eureka” and became excited with joy.

Next day he went the king to solve the problem the king had given him. He got a container filled to the brim with water and first took a similar chunk of 2 kg gold and kept the amount of water that came out from the container. Now he took the crown and again filled up the container with the water, although the crown weighed 2 kg but the amount of water displaced was different so it was very obvious that the gold smith had cheated the king.

Archimedes Principle – The buoyant force applied by the fluid is equal to the weight of the displaced fluid.

So now if someone asks you what is Archimedes principle you have a story to tell and you will remember it for lifetime!!

And how many of you would have opened the article to read if I would have written – “Learn Archimedes principle” – this is the power of stories. 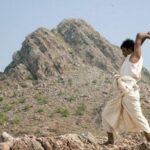 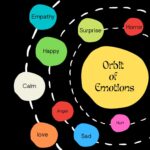 Next Article Power of Emotions